Shortly after World War II ended, a group of Jacksonville Christian businessmen discerned a need to help alcoholics by offering meals, a temporary bed and the love and compassion of Jesus Christ. Seventy years later, City Rescue Mission offers so much more to Jacksonville’s homeless and those temporarily in dire straits.

“City Rescue Mission is proud to serve the Jacksonville community for 70 years,” said Penny Kievet, CRM executive director. “From emergency services to our LifeBuilders’ Residential Recovery Program and Workforce Development we have existed to give folks an opportunity to recover and rebuild their lives so they can give back to their community. 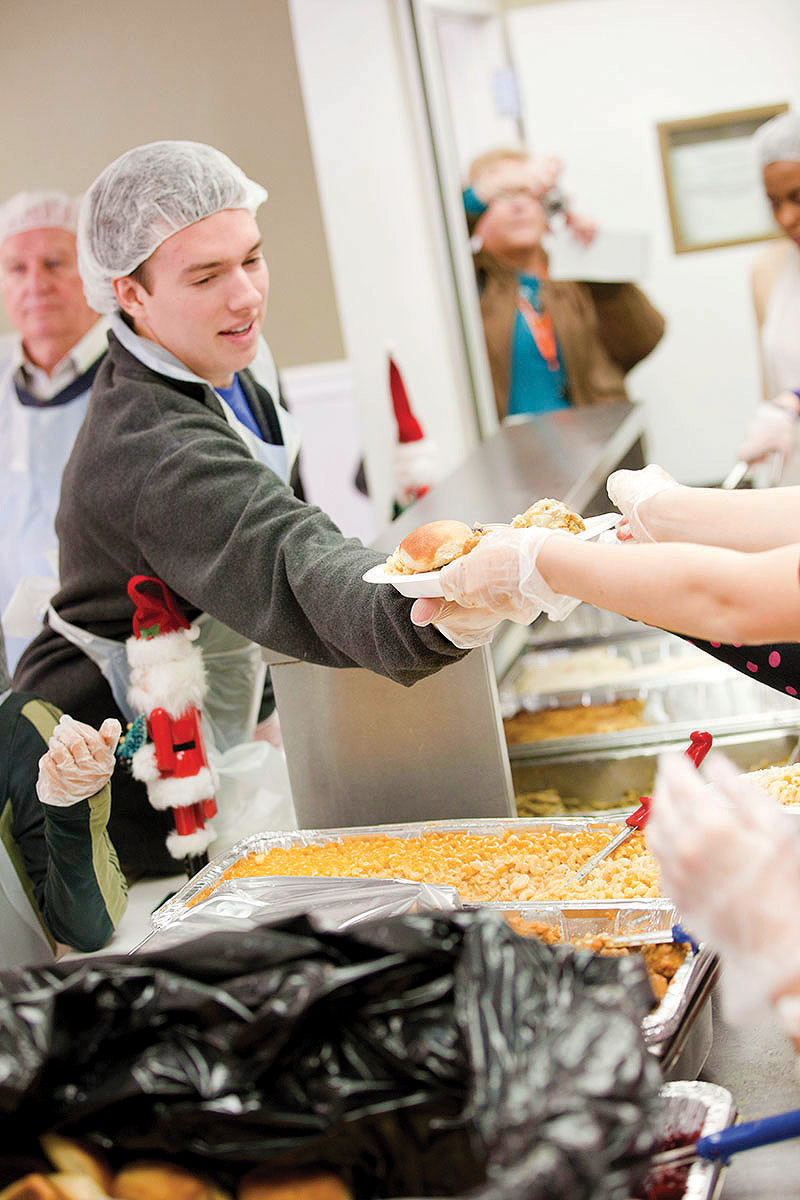 The Mission’s first location after incorporation in 1953 was in a small storefront on Main Street and included a dormitory for men and a chapel. Ten years later, the nonprofit moved to Laura Street and remained there until it was firebombed in 1981. Reports at the time indicated arson was suspected.

For three years CRM moved from location to location while trying to raise funds to rebuild until it proved more feasible to swap that property with First Baptist Church for their State Street lot. The church gave CRM $150,000 for its building fund, which grew to $1.2 million for a 70-bed facility dedicated in October 1984.

The CRM Thrift Store, which began in 1964 on Laura Street, was relocated to 5343 Normandy Blvd. in 1988 and offers affordable merchandise to the general public. The sale of donated items supports the ongoing work of CRM.

The Mission’s emergency services program operates from the State Street facility called New Life Inn. In addition to providing a meal and safe, warm bed, CRM provides guests with other needed items, such as socks, hygiene products, coats, blankets, and more at each holiday meal.

CRM’s administration offices and LifeBuilder Addiction Recovery center relocated in 1998 to 426 McDuff Ave., where the Mission offers a workforce development program, and graduates of its LifeBuilders Recovery program receive alumni support. The LifeBuilders program celebrates its 30th anniversary in 2018.

“Hope, Healing and Change – that is what is offered through the great service City Rescue Mission provides,” said Kievet, who became the Mission’s first female executive director in 2013. “Thank you to all who have helped thousands of people have another chance. Just wait and see what we hope to accomplish for our ‘students’ and neighborhood in the years to come.”

For seven years Paula Caplan has served once a week at the Jewish Family and Community Services’ Max Block Food Pantry. Although she wishes she…