It’s been 125 years since Adj. J.C. Smith and his wife were sent by their Salvation Army post in Philadelphia to Jacksonville with the goal of bringing “soup, soap and salvation,” a mission of meeting human needs without discrimination in the name of Christ, to Northeast Florida.

In those early days, the Smiths held open-air meetings at the corner of Main and Bay Streets amidst the hustle and bustle of the city. At that time, the only services available to the poor and hurting were through churches and the helping hands of individual neighbors.

“Jacksonville became the crossroads for The Salvation Army in Florida when they arrived in 1891,” said Major Rob Vincent, Commander of The Salvation Army for Northeast Florida. “Railroad lines ran from Jacksonville to Key West and also west to Pensacola. The Army (in Northeast Florida) continues to be a crossroads now throughout Florida, fulfilling the mission to which God has called us: To preach the gospel and meet human needs without discrimination.” 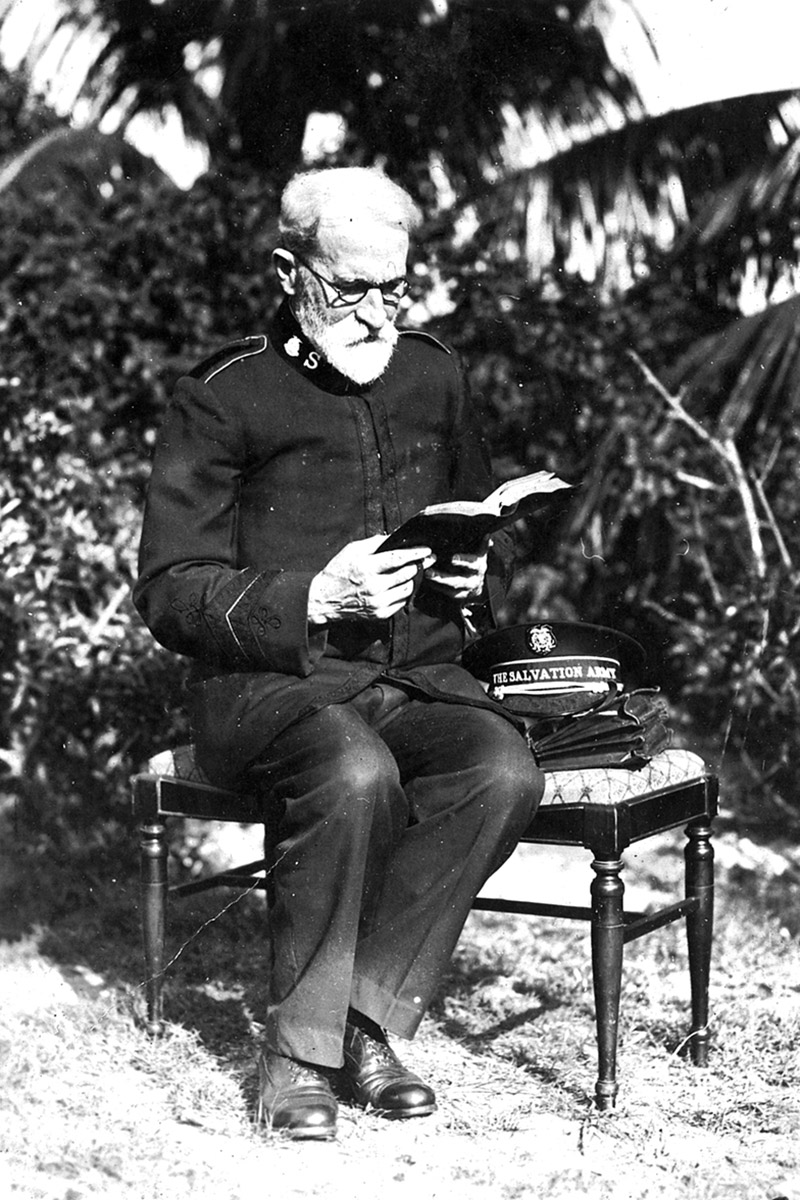 The Salvation Army was first established 26 years earlier in England when William Booth, a Methodist minister, left his post to begin a mission in the poverty-stricken slums of London. His goal was to bring Christianity’s message of hope and salvation to destitute people who might need it most. Booth’s first converts had been rejected by traditional churches due to their pasts. As Booth supported them spiritually, he also challenged them to save others as the had saved themselves.

Initially, Booth’s Salvation Army was set up with a quasi-military structure patterned after the British Armed Forces. This contributed to The Army’s reputation for discipline and mobility, which has served it well over the years.

The first meeting of The Salvation Army in America took place in Philadelphia in 1879. Its Northeast Florida bastion was established when Smith came to Jacksonville 11 years later.

While some historical records suggest the greater community of Jacksonville was happy to have The Salvation Army work to relieve the suffering of the city’s poor, things were not always easy for The Army in Florida. In 1896, although the entire Jacksonville Corps was arrested for making too much noise with its drums and horns, it was not deterred. Even as its members were loaded into the paddy wagon, the Corps continued to play loudly, only to see their Captain, who boasted a salary of 20 cents per day, charged with disorderly conduct and fined $25.

However difficult its beginnings on the First Coast may have been, within 15 years The Salvation Army had successfully established many programs including daycare centers to help working mothers, an anti-suicide bureau, summer camp outings for children, the distribution of free ice water in the summers as no central air conditioning was available, and the distribution of wood for fuel in the winters. It also sponsored a clean-up-the-slums campaign and an annual Christmas program during those early years.

In 1924, The Army started its Adult Rehabilitation Center (ARC) for men struggling with additions such as alcoholism and drug abuse. The Army also started National Doughnut Day, an event it founded in June 1938 to pay tribute to “Doughnut Lassies,” volunteers who provided writing supplies, the mending of clothes, home-cooked meals and doughnuts to the soldiers on the front lines in World War I.

More than 60 years later in 1985, the Army’s Women’s Auxiliary of Northeast Florida was officially chartered. Other milestone programs that have occurred in the past 125 years include its Women’s Auxiliary Celebrity Chef fundraiser in 1986; its Meal Ministry program, which serves dinner seven nights a week, in 1997; the opening of its 5-Star Child Development Center in downtown Jacksonville in 1998; its Cold Night Shelter in 2001 and the Towers Center of Hope interim housing facility in 2015.

These days The Salvation Army still offers a hot dinner every night of the year to anyone who is hungry. It also supplies supplemental groceries to 250 families every week through its food pantry and offers a safe place to stay for homeless women and families at its Red Shield Lodge. The ARC, which is located on Beach Boulevard, currently houses 125 men who are struggling with addiction.

In honor of its 125th anniversary, The Salvation Army sponsored a concert by the Ancient City Brass Band and distributed free coffee and doughnuts in Hemming Park May 3. Classic Salvation Army hymns were played and the refreshments were served from the Hope Truck, the Army’s disaster canteen.

Part of the anniversary festivities included a call for 125 hours of continuous prayer for the City of Jacksonville May 1-5, 2016. During the same week, the annual volunteer appreciation luncheon was held at the Jacksonville Citadel Corps location and the first annual Salvation Army Tennis Tournament was held at San Jose Country Club to raise funds for its child development center.

“We are very blessed to have been here this long and will continue with our programs and activities as long as we are needed,” said Heather Corey, director of development for The Salvation Army of Northeast Florida.