From serving at-risk children to helping homeless veterans, nonprofit organizations in Northeast Florida appeal to the public to pay for critical programs. Statistics show the region leads the state in charitable giving, but it takes more than benefit galas, golf tournaments and hefty donations from philanthropists to keep the soup kitchens open. Lobbyists work throughout the year cultivating relationships with legislators to compete for limited funds. That’s your money, too, Taxpayer.

“Lobbying is a process through which legislators are educated about people and systems and organizations they are funding in their communities to serve their constituents,” said Jeff Goldhagen, M.D., professor and chief, Division of Community and Societal Pediatrics, University of Florida College of Medicine-Jacksonville, and medical director, Partnership for Child Health. “Lobbying is critical; otherwise, there are few other ways of informing legislators. It’s inconceivable that legislators know everything about everything.”

“On a scale of one to 10, lobbying is an 11,” said State Sen. Aaron Bean, District 4, of the importance of keeping legislators informed. “We don’t know until someone says, ‘This is what we are doing.’ People assume our elected officials know what’s going on, but they are juggling a thousand projects. It’s important to reach out to local, state and federal legislators.”

Bean has pushed for funding for a multitude of programs, many for children and senior citizens, because of lobbying and advocacy by local organizations. For example, he supported United Way’s Success By 6 program, which he said makes a tremendous difference in kids’ lives by preparing them for school, because “local people said they are going to tell the world about this, starting with legislators.

“Invite them to events and plan regular visits to their arenas, whether City Hall or state or federal capitals,” he said. “We need to know, and we don’t know.”

“Effective representation is all about communication,” agreed U.S. Rep. Ander Crenshaw, who is stepping down as representative of Florida’s 4th Congressional District after 15 years. “And, when I sit down with folks from Jacksonville to learn about a particular project, program or issue, we can exchange ideas, ask questions of each other, and make a decision on how an individual or organization may be best served. There is nothing more powerful than sitting down with your member of Congress. It leaves a lasting impression more than an email, fax or phone call.” 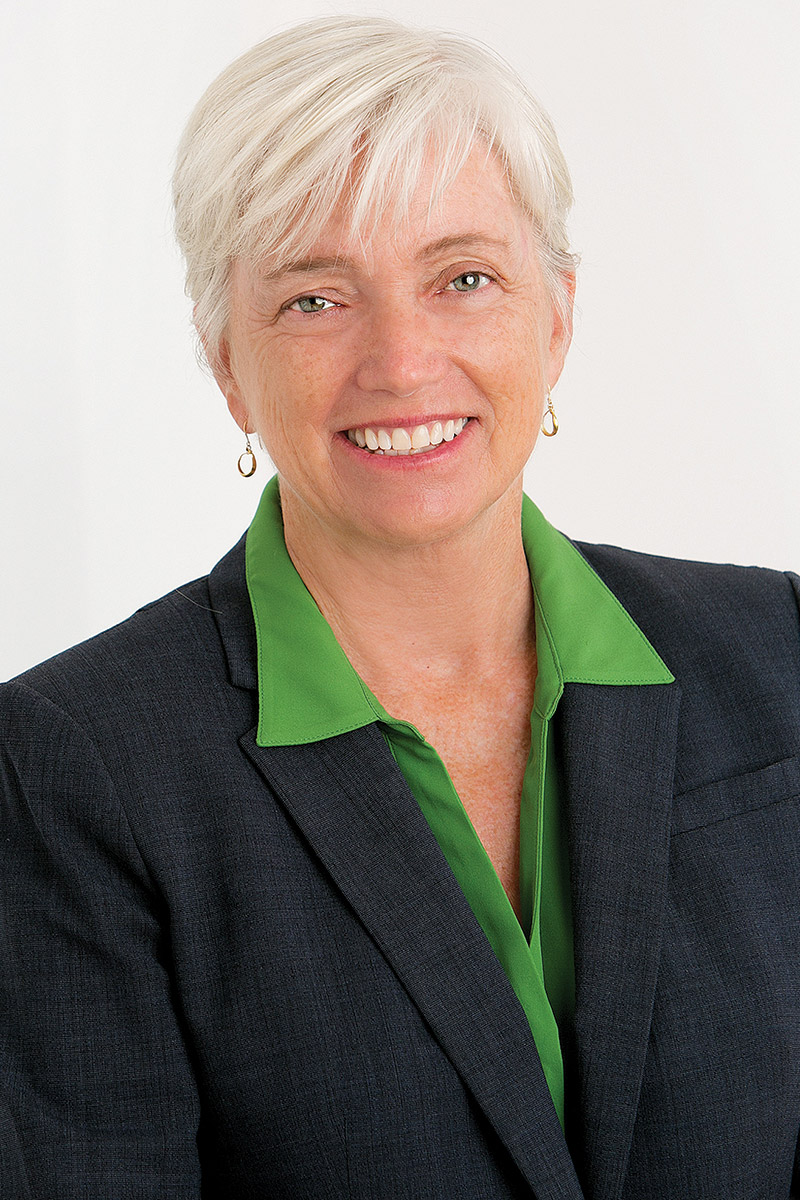 Competition for scarce resources is great, said Rena Coughlin, CEO of the Nonprofit Center of Northeast Florida and chair of the Board of Directors of the Florida Nonprofit Alliance. Elected officials want to see data proving that a nonprofit is making a difference in the community. “The old-fashioned way is centered around good story-telling,” she said. “Now lobbying has to include a serious look at output and impact and long-term benefits. Legislators are incredibly interested in that. They want to hear that their investment makes a difference.”

Because of financial constraints and ethical concerns, few nonprofits pay people to lobby, according to Coughlin. Although a legal and proper function of the Internal Revenue Code (see breakout about nonprofit lobbying spending guidelines), nonprofit lobbying is sometimes seen as inappropriate to the general public and some nonprofits themselves. “But it’s also one of the strongest tools that, if nonprofits deploy well and accurately and ethically, can have profound effects that benefit the community,” she said.

Many people believe spending money to influence legislation is outside of where nonprofits should be using resources, she said. And grantmakers can restrict using money to lobby. It’s important for nonprofits to be transparent about money spent on lobbying, which is a part of advocacy, and to be prepared to show how lobbying efforts tie into organizations’ missions to make a difference in people’s lives.

The Boys & Girls Clubs of Florida Alliance represents the 40 clubs in the state, including the Boys & Girls Clubs of Northeast Florida. “None of the organizations have lobbyists. We speak from one voice,” said Danny Lyons, executive director of the Alliance, a 501(c)(4) tax-exempt entity for the purpose of raising funds from the state legislature. Lyons said only a nickel of every dollar raised to provide educational life skills and development programs for 140,000 children statewide comes from government.

“The majority comes from local donors and corporations. Our state government will support some after-school programs,” Lyons said. “We believe that local ownership and money, far and away from what government should do, should support those endeavors to keep kids in school and become responsible taxpayers.”

“At Daniel Kids, we do not have a paid lobbyist. The primary responsibility is that of the CEO or president; we serve in that capacity,” said Jim Clark, CEO of the organization that provides residential, foster care, adoption, independent living and other services for children, teens and young adults. Associations such as the Florida Children’s Campaign and Florida Coalition for Juvenile Justice keep them apprised of upcoming policy that they should address with legislators.

Although 98 percent of Daniel Kids’ funding is from the state or federal government, none is actually acquired through lobbying, Clark said. Daniel Kids competes for grants and receives fees for service from referring governmental agencies or community resources, including the Florida Department of Children and Families, Jacksonville Children’s Commission and United Way. Founded as an orphanage in 1884, Daniel Kids is the oldest nonprofit children’s agency in Florida, he said.

“We look at legislation that needs to change in order to help make people’s lives better. We attempt to make sure to inform candidates and politicians how legislation impacts children,” said Clark, recalling how he advocated for and was present in 1999 when President Bill Clinton signed the Road to Independence law (formerly the Chafee Bill) that enhanced services for foster kids. “Daniel Kids played a major role in having that legislation passed and modified.”

Making a case Be prepared 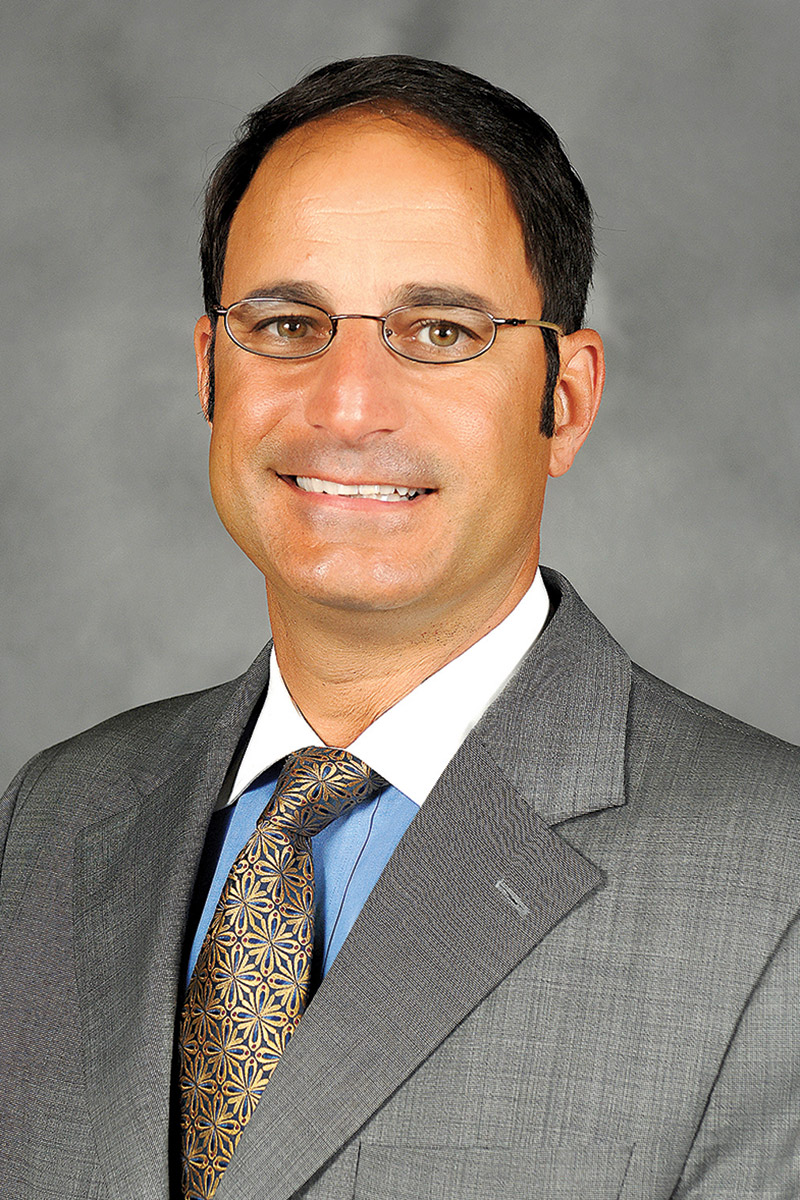 As a nationally respected business consultant, adviser and advocate, Marty Fiorentino knows his way through the corridors of Tallahassee and Washington…and the lawmakers know him. “Honesty and integrity are first. Legislators know who is coming in the door. They know who knows the process,” he said. “They get hundreds of requests. We help with getting in the door, messaging and making the case.”

In making a case, it’s crucial to show return on investment and to convince elected officials that it is worthy of taxpayer dollars, said Fiorentino, president of The Fiorentino Group, one of the largest government affairs and business development firms in the state.

“There are so many organizations that are important and doing great work. But if they don’t have an advocate that can raise their profile with decision makers in government, they won’t be able to go to the next level,” he said. “Every year there are dollars to go to deserving organizations, but if they are not made aware of them, legislators and appropriators don’t know about these organizations.”

The firm’s diverse practice includes major business interests in such areas as education, transportation and healthcare. Fiorentino’s most satisfying accomplishments as a lobbyist for nonprofits include bringing Florida’s first KIPP (Knowledge is Power Program) School to Jacksonville, working with the Jacksonville Zoo and working on the Monique Burr Foundation’s Child Safety Matters program to prevent bullying and all types of child abuse.

“I grew up here. This is my community, my home. It’s an honor to be able to work with these organizations,” he said. “We take our clients hand-in-hand to tell their stories.”

Fiorentino said elected officials often want to know what the community is doing to support organizations that are asking for money. “We outpunch our weight. This is a very, very giving community,” he said. “And legislators recognize that. There were days where if you just knew someone they would throw something in the budget for you. Those days are gone.” 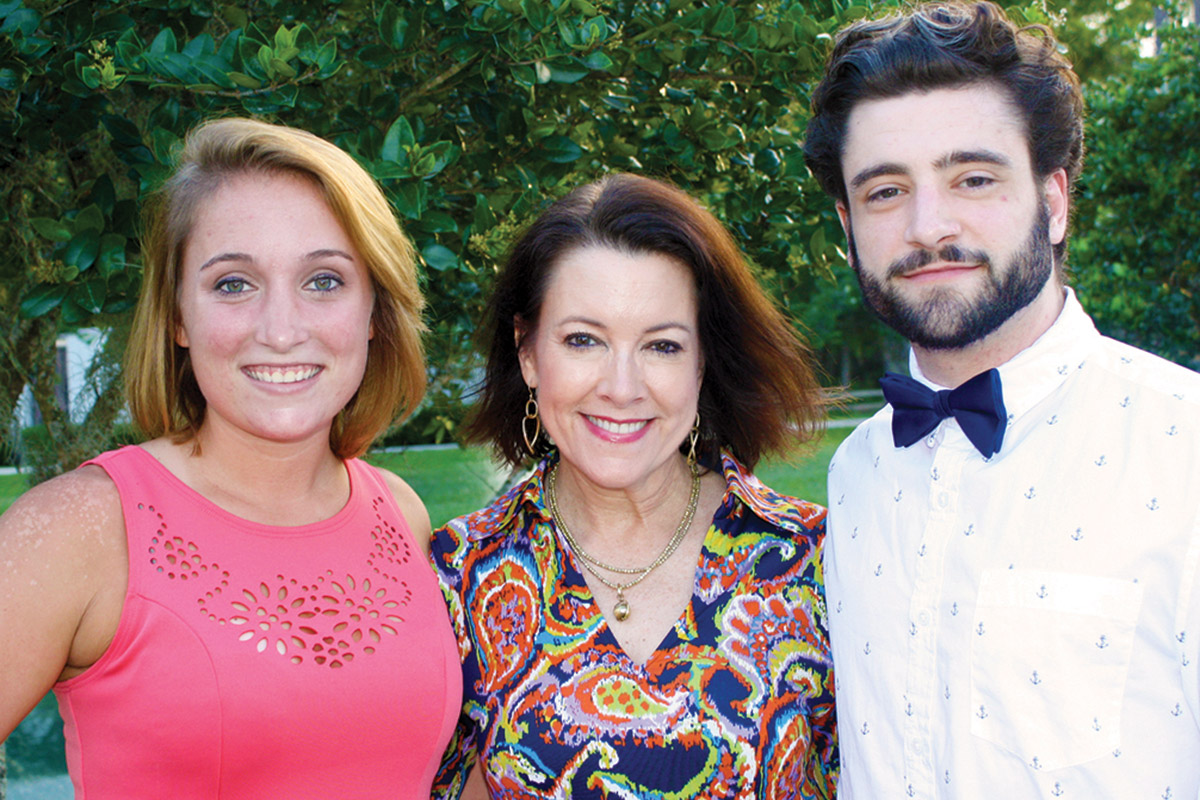 It’s not necessary to be a registered lobbyist or representative of a charitable nonprofit to get the attention of lawmakers. Passionate citizens can be influential, too, especially when the causes involve their kids.

Leslie Burkhalter, recruitment coordinator for the JDRF’s (Juvenile Diabetes Research Foundation) North Florida Chapter, is on a mission to find a cure for Type 1 Diabetes (T1D,) which threatens the life of both of her children. She leads local efforts to recruit advocates to develop relationships with legislators at the state and federal levels and maintain continual communication and education.

“We are the statistic that 85 percent have no family history of diabetes when this hits,” said Burkhalter, a registered jeweler at Underwood Jewelers in San Marco. “We as a family dove into JDRF knowing that this is the answer to our cure. Daily insulin injections or infusions via an insulin pump are just life support until the cure is found. Complications of T1D are heart disease, stroke, kidney disease, blindness and neuropathy. It is my passion to help find the cure, whatever it takes.”

A year after his diagnosis, Tyler was chosen to participate in the JDRF Children’s Congress, where he had the opportunity to take Rep. Crenshaw’s blood glucose level. “We stormed The Hill,” said Burkhalter. “It made a huge impact. When you have children there, it’s a heartbreaker.”

Persistence is critical when it comes to developing and maintaining relationships with elected officials, she said. Through the Promise to Remember Me Campaign, advocates meet locally with state representatives to discuss initiatives and health policy. On Government Day, volunteers from across the country gather in Washington to tell their stories. Burkhalter said increasing the number of advocates is critical because advocacy efforts complement fundraising. For every dollar JDRF invests in research, the federal government provides more than $3. Since 1997, the Special Diabetes Program has brought more than $2.5 billion to the National Institutes of Health for T1D research.

Burkhalter’s best friend, Debbie Whittle, was helping with diabetes advocacy when her daughter Christa was diagnosed with epilepsy in 2006 during her freshman year at the University of Florida. “I jumped on the bandwagon to find out more about it, said Whittle, who soon found herself lobbying in front of the Health Appropriations Committee, educating members on the importance of funding they were possibly going to cut, and talking to senators in Tallahassee on behalf of the Epilepsy Foundation of Florida.

“I would always find time to go to Tallahassee and make it a point to lobby to try to make sure those funds weren’t cut,” she said. “In the long run that would help people here in Florida, and possibly my daughter.”

Beaches Emergency Assistance Ministry (BEAM) envisions a future in which no resident of Jacksonville’s beach communities goes hungry or is haunted by fear of eviction….