People from around the community stopped by the Duval House Dec. 16, 2018 to contribute thousands of gifts for local families, including those who live on Ken Knight Drive, an area hit hard by Hurricane Irma.

Volunteers from the Jacksonville Roller Derby helped at the event, held at Phillip’s Duval House at 1611 E. Duval Street, near TIAA Bank Field, the Baseball Grounds and the Jacksonville Arena.

This is the second year CHS has partnered with the Law Offices of John M. Phillips for a holiday drive. It was also the final charity tailgate of the season sponsored by the law firm, which raised funds for Real Men Wear Pink, the Police Athletic League and The Arc Jacksonville. 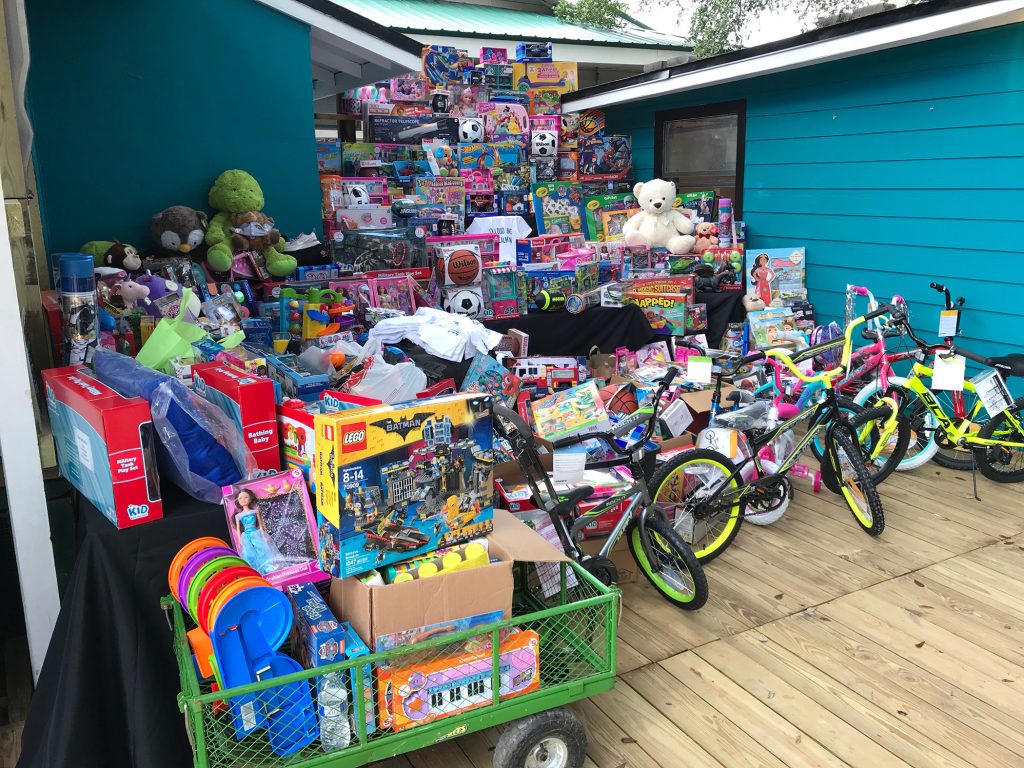