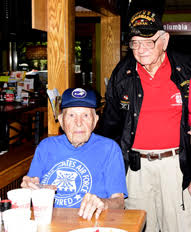 Veterans were honored by a local charity and by the City of Jacksonville during the first week in August. We Can Be Heroes Foundation hosted a capacity crowd at its Aug. 3 “Breakfast with Our Heroes,” in appreciation of all veterans and in honor of the nation’s combat wounded to celebrate National Purple Heart Day, observed Aug. 7.

“I felt so honored at this breakfast,” veteran Steve Reynolds said, “Vets who fear being forgotten don’t need to worry here; Jacksonville always remembers its vets.”

Following the program, attendees were invited to walk the Purple Heart Trail, a quarter-mile walk from the Veterans Memorial Wall to the VyStar Veterans Memorial Arena that was decorated by Navy Wives Clubs of American, Daughters in Dixie. 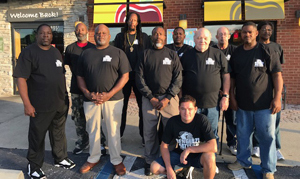