On October 15, the Monique Burr Foundation for Children (MBF) hosted the 21st Annual LENNAR and MBF Champions for Child Safety Pro Am Golf Tournament Presented by Drummond where 24 professional golfers teamed up with 96 amateur golfers to play for a cause. The annual tournament raised more than $187,000 for MBF’s child abuse and bullying prevention education programs, which include MBF Child Safety Matters® and MBF Teen Safety Matters®. The tournament took place at the prestigious Palencia Club in St. Augustine and was chaired by honorary chairmen and pro golfers Fred Funk, Jim Furyk, and Mark McCumber, and tournament chairman MG Orender. The multi-day event, which started with a pairings party the night prior, included several course contests, including a $1 million shootout, six hole-in-one contests and a pre-event putting contest, luncheon and awards reception. 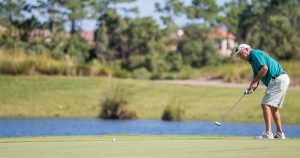 One of 24 professional golfers and 96 amateur golfers who teamed up for the 21st Annual LENNAR and MBF Champions for Child Safety Pro Am Golf Tournament.

“To date, the Monique Burr Foundation for Children has trained more than 3,000 facilitators, who have reached more than 2.5 million children with our programs,” said Lynn Layton, President and CEO of MBF. “Our success is in large part thanks to our golfers and volunteers. We are so grateful for their continued partnership and sponsorship of child safety. Together, we continue to do more and create new programming to reach even more children and youth.”

The big winners for the day were England-Thims and Miller, Inc. who were accompanied by pro golfer Garrett Willis. 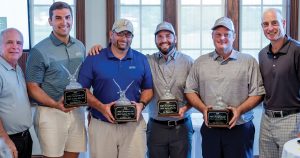 Based in Jacksonville, MBF’s prevention education programs educate and empower students and all relevant adults with information and strategies to prevent, recognize, and respond appropriately to child sexual abuse and other types of child abuse, as well as bullying and cyberbullying including internet safety. MBF follows polyvictimization research which states that if a child is victimized in one way, they are much more likely to be victimized in another.  Therefore, MBF’s prevention programs are comprehensive in both content and audience and  evidence-informed and evidence-based – the latter designation was just given to MBF’s Child Safety Matters® curriculum after a randomized controlled trial to test the program’s effectiveness. The findings were statistically significant, which makes MBF Child Safety Matters® a first of its kind approach for child abuse prevention.

In the near future, MBF plans to unveil its new MBF Athlete Safety Matters™ program. The program was first announced at the annual A Night at Roy’s fundraiser and is in response to the overwhelming need to protect child and youth athletes.

“We continue to evolve and elevate our offerings,” said Paul Woods, Development Director of MBF. “We are excited about the year ahead and what it means for our children. Every child deserves to be safe and grow up free of abuse.” 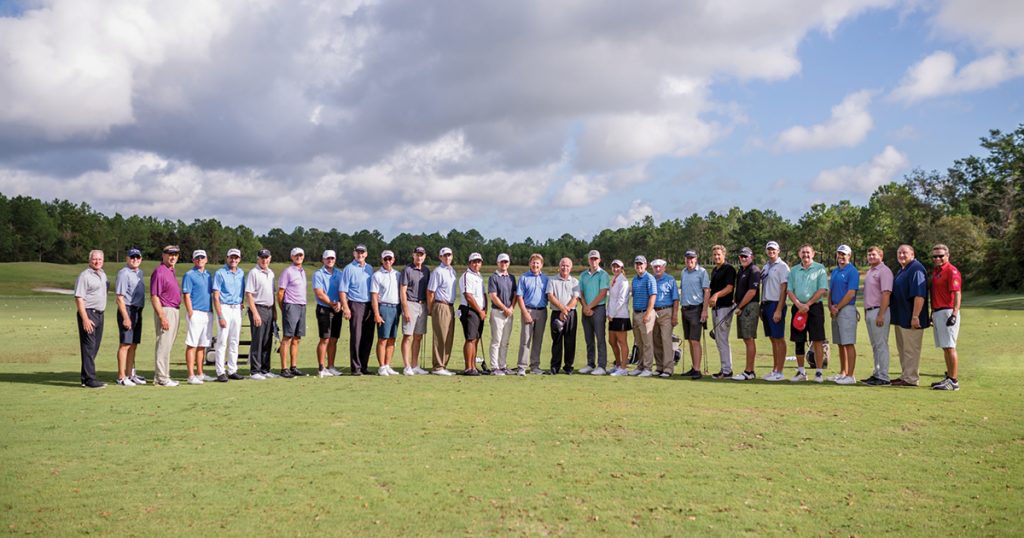 Some of the 120 golfers who teamed up to play for a cause, raising more than $187,000 for Monique Burr Foundation for Children’s programs.

As the beginning of a new school approaches, many community drives will focus on collecting backpacks and school supplies. What if those backpacks could be…