In one word – Haskell.

Both the man – Preston Haskell III, and the company – The Haskell Company, are driving forces for what are traditionally viewed as opposing fields in study or industry: art versus science.

Long a patron of the arts, Haskell the man has successfully blended the arts with science, technology, engineering and math as his namesake company celebrates more than 50 years in the design/build industry.

And, although it was the John F. Kennedy Center for the Performing Arts which launched a national initiative in 2009 to put arts education in all elementary and middle schools, it’s engineering entrepreneur Preston Haskell who should really get the credit for putting the A in STEAM (science, technology, engineering, arts and mathematics).

Haskell holds engineering degrees from both Princeton and Harvard and, after studying at the Massachusetts Institute of Technology, settled in Jacksonville, where he was first employed by S.S. Jacobs Company. In 1965 his fledgling firm, Preston H. Haskell Company, received its first project from developer James Winston.

Now the Haskell Company is one of the top design/build firms in North America, with locations worldwide and, according to Dave Balz, chief integration officer, supporting the arts is very important to the organization.

“Preston Haskell, our founder, and Steve Halverson, our chairman and CEO, by example, have encouraged our 1,300 employees to participate in the community by attending performances, by enjoying and appreciating the arts, and by supporting the arts functions in the community,” said Balz.

An avid art collector, Haskell’s primary interest is 1940-1950s Abstract Expressionism, and he owns originals by Hans Hoffman, Franz Kline, Robert Motherwell, Mark Rothko. Prints by Frank Stella can be found throughout the company’s headquarters at 111 Riverside Avenue, which also boasts sculptures such as Rafe Affleck’s flowing stainless steel piece in front of the building and Barbara Neijna’s aluminum arch overlooking the St. Johns River in the back. 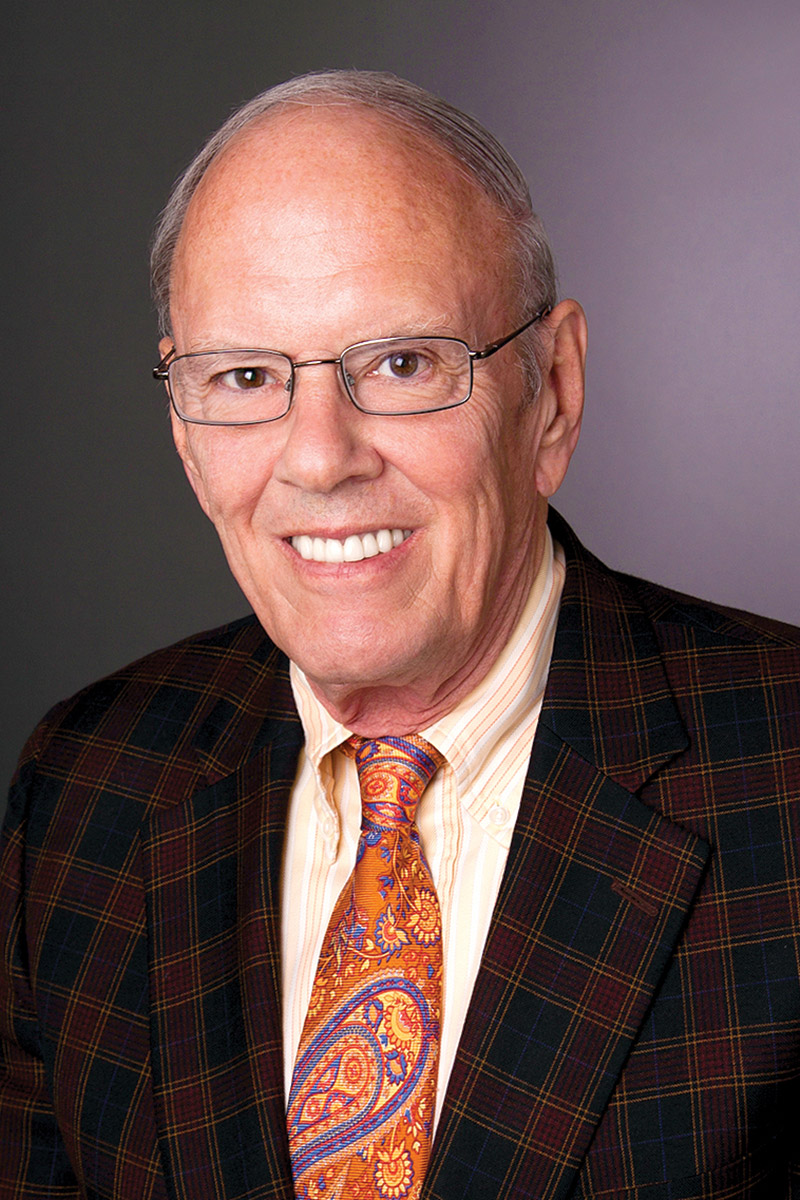 “If you take a tour of the [Haskell] building, you’ll find abstract expressions of art from a wonderful collection that Preston has created and enjoyed supporting,” Balz said. “It is so important that we blend and weave the connections between art and the sciences.”

Preston Haskell’s acquired and commissioned art can be seen throughout Northeast Florida, with several pieces loaned or gifted in downtown Jacksonville, and a sculpture garden gifted to Douglas Anderson School of the Arts.

His most recent gift was a commissioned sculpture for the Jacksonville Chamber of Commerce. The 20-foot steel fabrication was created by Aisling Millar McDonald, an adjunct professor of visual arts at the University of North Florida.

“This is the beginning of a truly wonderful outdoor museum, and of what I hope and believe contextually will be much larger and will make our city even more beautiful, more attractive and more widely known as a wonderfully supportive city for the arts,” said Haskell at the dedication of “Harmonious Ascent” on October 18, 2016.

There is more to come. Through the Haskell Sculpture Initiative, contemporary, abstract and colorful works ranging from 20 to 30 feet tall will be located on private property downtown, with visibility from city streets.

Haskell not only supports the arts through his vast collection, which he began in the 1970s, but he supports Jacksonville culture through service on several boards, including MOCA Jacksonville, the Cummer, and the Jacksonville Symphony, and through financial gifts as well.

In January 2015 Haskell gave MOCA a $5 million endowment to help launch a new phase in the life of the museum by inspiring similar philanthropy to build the museum’s endowment and sustain future programming. His gift is one of the single largest gifts from an individual contributor to a cultural organization in the history of Jacksonville, according to museum officials.

“Whether it’s looking at how people can better access our river, whether it’s fighting for equality or supporting our growing arts community, Preston Haskell leads on all those fronts,” said Audrey Moran, 2016 JAX Chamber Chair. “He is known and loved by many and please put me at the top of that list. He is also one of the most generous people you will ever meet. When he makes a gift, he gives from his heart and that is what he has done today.”

Even visitors to Northeast Florida encounter Haskell’s largesse. Nearly 20 years ago, Haskell established a gallery at the Jacksonville International Airport to host fine art exhibitions by local artists for the JIA Arts Commission, which now manages six gallery spaces at the airport.

Jacksonville artist David Engdahl and former longtime employee of Haskell Company said he has a deep respect for what the company and Haskell has personally done to make Jacksonville a better community.

“Preston is thoughtful, insightful, visionary, generous and modest. He has been successful and impactful in providing leadership in many community organizations – nonprofit, private and governmental, always encouraging us to look well into the future,” said Engdahl.

“Both The Haskell Company and Preston personally have made contributions too numerous to count to the great benefit of our city, not only in arts and culture, which is his passion, but in all areas. Quite a few of these contributions may be unnoticed and many are unrecorded.”

The sun has barely risen when people begin to line up to receive food at The Lord’s Pantry, a food distribution center run by Community…